Sensible 4 and MUJI have launched GACHA, the first self-driving shuttle bus in the world for all weather conditions. The vehicle is a result of the collaboration between Finnish autonomous driving company Sensible 4 and Japanese lifestyle retailer MUJI. While Sensible 4 provided the technology for the vehicle, including superior positioning, navigation and obstacle detection to allow year-round autonomous driving regardless of the weather, MUJI has provided the vehicle’s design, developing the functional aesthetic and optimum user experience.

GACHA’s debut test-drive took place in front of the new Oodi Helsinki Central Library, a significant site in the Finnish capital. After the preview, GACHA will begin operating for the general public in Espoo in April 2019, rolling out to Hämeenlinna, Vantaa and Helsinki later in 2019. MUJI and Sensible 4 are currently planning to produce the first GACHA fleet for use on public roads in 2020 for various cities in Finland and abroad. MUJI and Sensible 4 aim for the self-driving shuttle fleets to operate as a part of the cities’ existing transportation systems in 2021, with a long-term objective of establishing partnerships with other pioneering cities around the world.

“GACHA development got started when Sensible 4 team, working back then with the first generation of robot buses, noticed that they just don’t perform at all even in light rain, not to mention the typical winter conditions in Finland. Completely autonomous self-driving technology is not here yet. Most self-driving cars can operate only in ideal weather conditions and well-marked roads. This is what Sensible 4 has managed to change through repeated tests in the harsh winter
conditions of the Finnish Lapland”, says Harri Santamala, CEO of Sensible 4.

Aside from its all-weather capabilities, MUJI’s design also differentiates GACHA from similar projects, in particular the vehicle’s lack of a front or rear. The interior seating follows the soft rounded square shape of the bus, creating more space for passengers while the LED light belt serves as both headlights and an external communication screen. Inspiration for the design came from a toy capsule, a universal shape that embodies joy and excitement, bringing peace and happiness to
those who encounter it.

Sensible 4 envision a world that isn’t based on private car ownership. A world with significantly less cars on the roads, cities with better air quality, with less congestion and increased safety for people using the transportation system. Sensible 4 self-driving software has been designed to make this vision reality by providing means for autonomous shuttles and other forms of shared driverless vehicles to improve public mobility in order to revive and free up cities for a cleaner and more sustainable future for humanity.

MUJI was founded in Japan in 1980 as an antithesis to the habits of consumer society at that time. Foreign-made luxury brands were gaining popularity at the same time poorquality, low-priced goods were appearing on the market, which had a polarising effect on consumption patterns.

MUJI was conceived as a critique of this prevailing condition, with the purpose of restoring a vision of products that are actually useful for the customer and maintain an ideal of the proper balance between living and the objects that make it possible. The concept was born of the intersection of two distinct stances: no brand (Mujirushi) and the value of good items (ryohin). MUJI began with three steps: selecting materials, scrutinising processes, and simplifying packaging. MUJI’s concept of emphasising the intrinsic appeal of an object through rationalisation and meticulous elimination of excess is closely connected to the traditionally Japanese aesthetic of “su” –– meaning plain or unadorned –– the idea that simplicity is not merely modest or frugal but could possibly be more appealing than luxury. 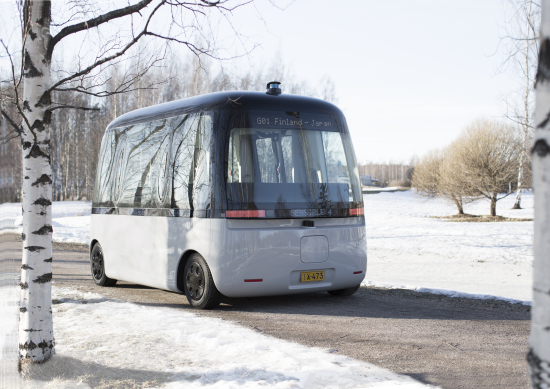 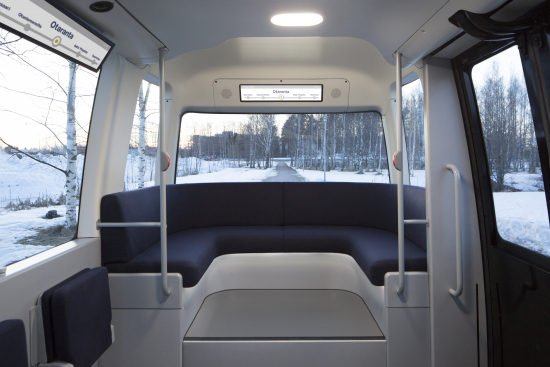 Sensible 4 is an autonomous driving company. Our systems can be integrated to any autonomous vehicle type used as the platform, such as a shuttle bus. Our systems work in all climates. Our founders of Sensible 4 have decades of experience in the development of autonomous driving systems. We are seeking to become one of the global pioneers autonomous driving. Currently our operations are expanding to EU and Asia, and we have been testing in Finland in real life traffic conditions and driving over 5G network. Results are clear: it works anywhere!