Diabetics could lose their vision if left unchecked 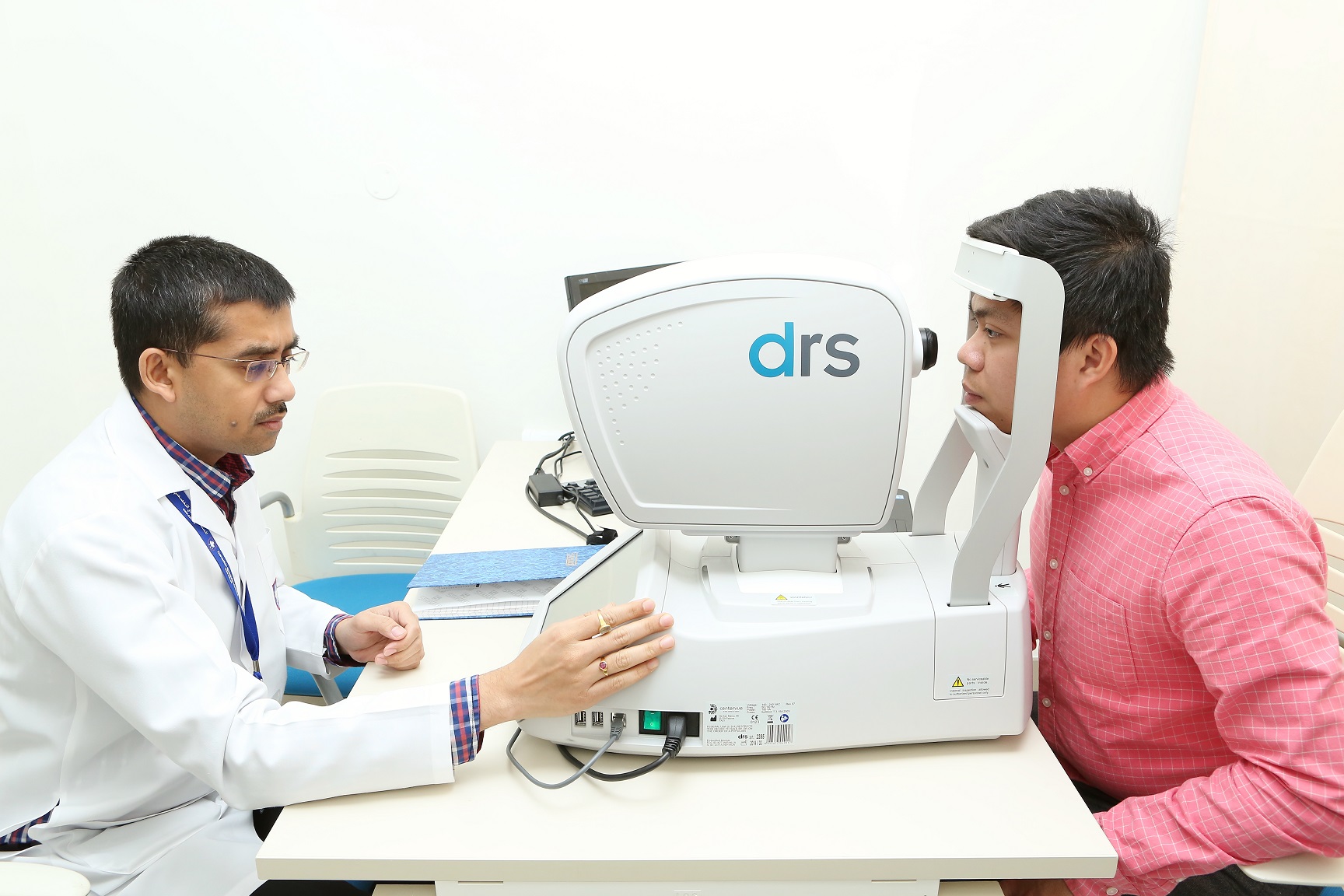 WHO records states that 35.4 million people suffer from diabetes in the Middle East and Africa alone. Chances are that most of the diabetics in the region aren’t aware that the disease is slowly but surely robbing them of their vision. Everyone has heard about diabetic neuropathy and how if left untreated could cost the patients their feet. Similarly, the fact that diabetics can lose their vision if left unchecked isn’t as popular but yet still as prevalent and just as dangerous.  Diabetic retinopathy is a condition in which the high blood sugar levels damage the retina, the nerve layer lining the innermost part of the back of the eye.

Retinopathy can be detected by retinal examinations followed by digital fluorescein angiography or a retinal scan. Patients generally avoid diabetic retinal check-ups thinking it is similar to the ones you get from an optometrist and not covered by insurance. But, the truth of the matter is that these two checkups are very different from each other and is covered by most of the insurance companies. The method of treatment for diabetic retinopathy differs among each patient based on the type of abnormality observed in the eye. The treatment may involve laser, injections or a surgery.

Take the case of Mohammed (name changed), a 65-year-old male who was diagnosed as a diabetic several years ago. For a couple of decades, he had undergone diabetes management therapy and was fairly successful in maintaining his sugar levels. Last month, Mohammed woke up one fine morning with dark spots floating in his vision and was immediately taken to the hospital. On the examination of his eyes, it was discovered he was suffering from an advanced case of diabetic retinopathy.

Dr. Raeba Mathew, HOD, Specialist Ophthalmologist, Canadian Specialist Hospital and the doctor who is treating Mohammed said, “Diabetes is a life-long disorder and its cure is still yet to be discovered or invented. Once diagnosed with the disease, diabetic retinopathy isn’t preventable. However, by good control and management of the risk factors, the complications can be delayed. Patients who are diabetic must do annual eye check-ups which may include the retina scan. Early detection and timely treatment can help retain the vision longer.

Diabetic retinopathy can lead to vision impairment and cause leakage of the fluid into the central part of the retina causing a gradual loss of central vision (macular oedema). It can also lead to sudden loss of vision due to the bleeding into the cavity of the eyeball (vitreous haemorrhage) caused by rupture of small new blood vessels that grow in the retina because of diabetes.

The incidence and severity of diabetic retinopathy depends on the duration of diabetes. Patients diagnosed with diabetes before the age of 30 years have a 50% chance of developing retinopathy after 10 years and a 90% chance after 30 years. Other risk factors that lead to retinopathy are poor control of diabetes, poorly controlled blood pressure, high cholesterol levels, smoking, obesity and anaemia. 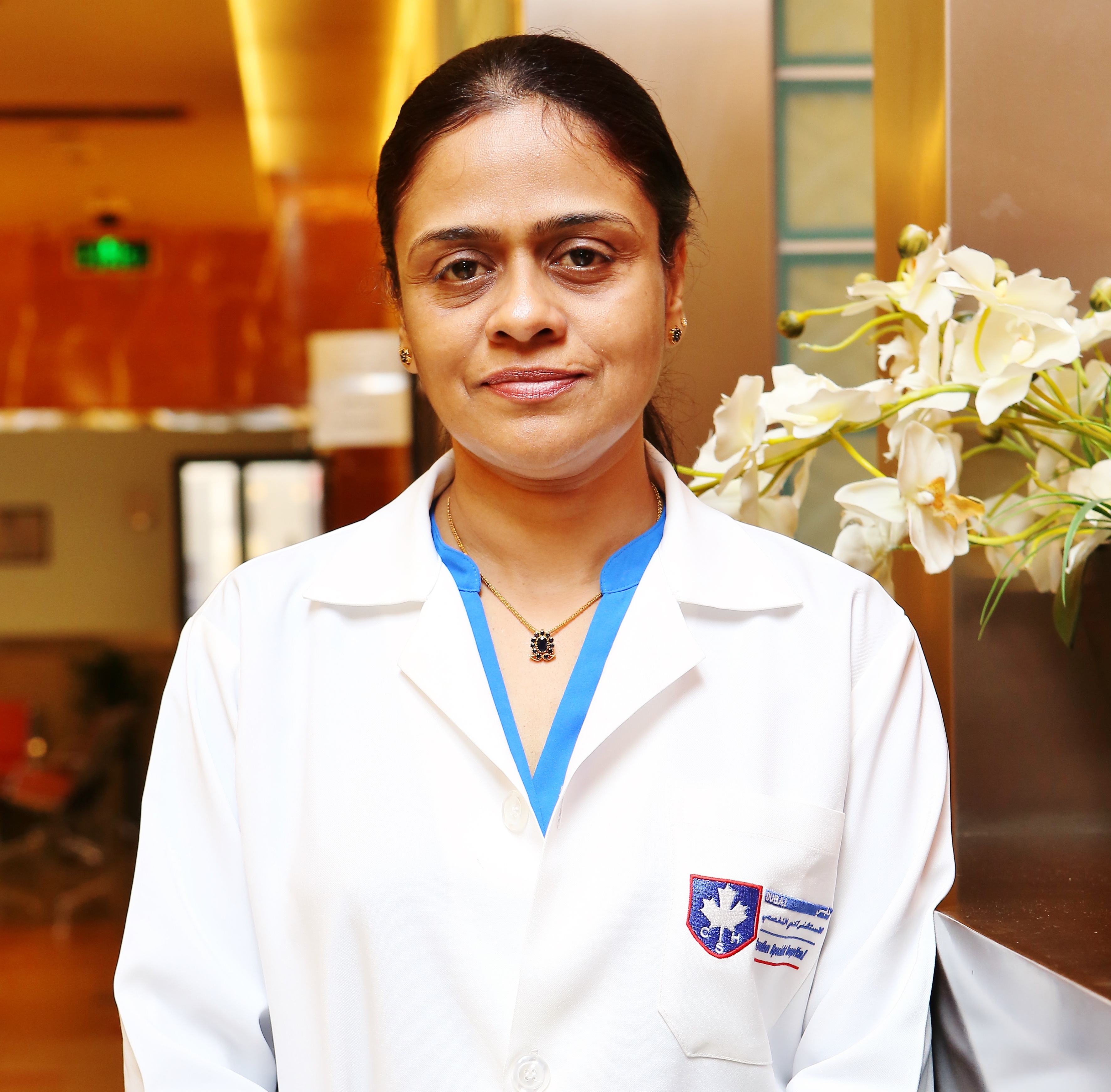 “In Mohammed’s case, the retinopathy had reached an advanced stage as he had never undergone routine check-ups for diabetic retinopathy. Due to the severity of the condition, his treatment involved laser treatment to both eyes. While the treatment of such an advanced stage of retinopathy is possible, there is a chance that the procedure may not yield the desired results,” added Dr.Raeba Mathew

Mandatory eye checkup for retinopathy is needed at the time of diagnosis of diabetes. Early detection and timely treatment significantly influence in preventing permanent impairment of vision due to diabetes.  Thereafter, regular eye screening is advised on an annual basis or more frequently based on the damage to the retina. Treatment instituted after development of advanced diabetic eye disease, when visual symptoms occur may not help much in restoring vision to functional levels. 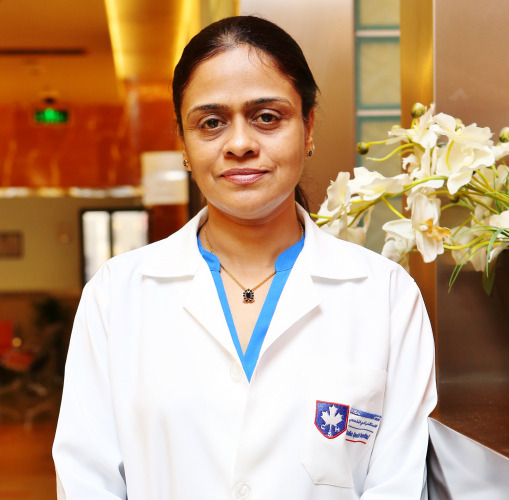 Canadian Specialist Hospital is one of the largest private hospitals in Dubai and the institution of choice for referrals from small and medium-sized medical centers that lack some of the specialized diagnostic and treatment facilities. CSH has grown to become one of the most advanced and comprehensive healthcare institutions in the region. To know more about Canadian Specialist Hospital, visit http://www.csh.ae/.