Newly published Book “DMR Theory” (Dark Matter rotation Theory) in UAE could play the vital role to reveal the process of Universe Evolution and to understand the redefined Structure of Fundamentals of Science.

An entirely new Theory will open the new windows for science world that how can we see the entirely new picture of our Universe, it provides the links among all different structures of Universe e.g. Black Holes, Dark Matter, Dark Energy, Galaxy structure, Atomic structure, Speed of light, Universe expansion, Gravity mechanism and many more mysterious elements of our Universe.

Dark Matter Rotation Theory covers almost all major areas of Theoretical Physics, Astrophysics & Cosmology, and could works as “Gateway” to unwrap the whole story “From Atom Evolution to the Evolution of our billions of light years Universe”. 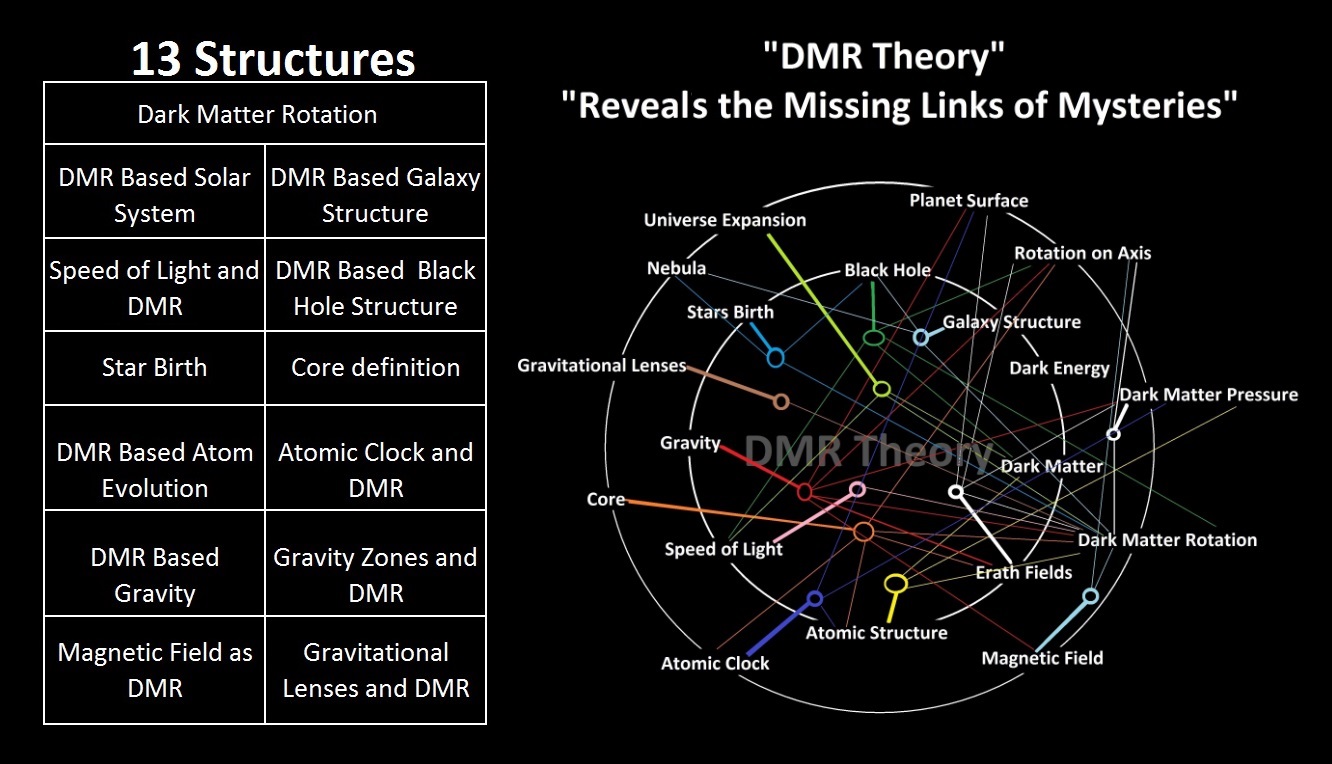 This Theory describing the miraculous role of Dark Matter in evolution of Universe and explaining that:

Unlike the other theories the “DMR Theory” is based on 100% logics and explaining everything under the law of Physics.