Dubai's most spectacular show, La Perle hits 2000 Shows last August 17, 2022! Experience La Perle … whether it’s your first time, looking to wow visiting family & friends, or wanting to recapture the wonder by seeing it all over again.

August 17, 2022 marks another milestone for La Perle as it hits 2000 shows with over 1.2 Million spectators from around the globe since its debut.

Gathered in the centre of a magnificent state-of-the-art theatre, the La Perle cast and crew celebrate each other’s artistry towards making the show a dazzling spectacle.

At the heart of Al Habtoor City rose the region’s first aquatic show envisioned by the Founder and Chairman of Al Habtoor Group, Khalaf Ahmad Al Habtoor and Vice-Chairman and CEO, Mohammed Khalaf Al Habtoor created by Franco Dragone and a team of innovators.

Pierre’s experience as an artistic director and theatre producer and Troy’s extensive background in live-entertainment management truly elevate the show to new heights.

La Perle is a rich and immersive experience with waterfalls cascading mere inches from the audience, fire lighting up the stage, and aerialists defying gravity as they soar through the air and dive from jaw-dropping heights into the pool at centre stage. La Perle is a tale that captivates the passionate, the creative, and the visionaries with the drive to go beyond the imaginable.

Experience La Perle … whether it’s your first time, looking to wow visiting family & friends, or wanting to recapture the wonder by seeing it all over again. Tickets are easily purchased from La Perle’s website: www.laperle.com/offers

La Perle shows will be running throughout the week from Tuesdays to Saturday with two shows at 6:30 pm and 9:00 pm. 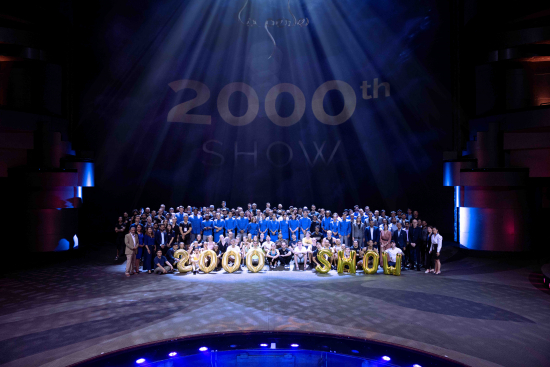 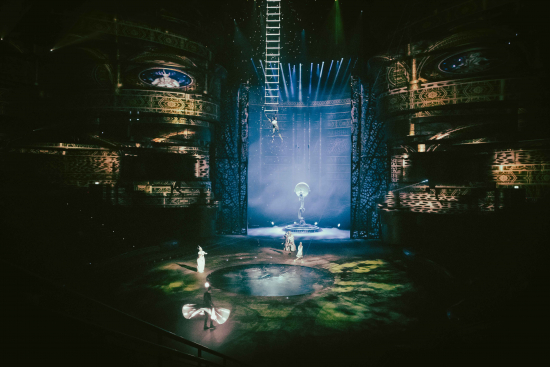 For all group and MICE bookings or for general sales enquiries please contact: [email protected]

La Perle is Dubai’s #1 aquatic show produced by cultural creative company Dragone, directed by the legendary artistic director Franco Dragone and brought to Dubai by the Al Habtoor Group. The first permanent show in the region, La Perle is a breath-taking fusion of artistic performance, creative imagery and ground-breaking technology. La Perle defines the future of global live entertainment, taking place in a tailor-made aquatic theatre in the heart of Al Habtoor City.

Dragone is a cultural creation company founded in 2000 by Artistic Director Franco Dragone, in La Louvière, Belgium. Today one of the world’s most sought-after artistic directors, he is renowned for having invented a new genre in the 1980’s and 90’s. The shows he created during his early days (Saltimbanco, Quidam, Mystère, Alegria, O) forever

From super-sized-shows in tailor-made theatres to operas in some of the world’s most historical buildings, Dragone’s unique creative approach carefully fuses the world’s human talents, artistic disciplines and technical innovations to serve local cultures and tell their stories. Among its most significant shows of the past decade: Celine Dion - A New Day (Las Vegas); Le Rêve (Las Vegas); The House of Dancing Water (Macau); Aida (Naples); The Han Show (Wuhan, China); The Dai Show (Xishuangbanna, China); Philipp Kirkorov – Me (Russia). Water has become a key component of Dragone’s artistic DNA and the company is now the world’s leading designer of aquatic theatres and shows.

The company creates, produces and operates shows and special events around the world. Its five creative centres of excellence — Casting, Illustration & Video, Costumes, Architecture & Design, and Talents & Trends — push the boundaries of performing arts and of the spectator experience with every new creation. www.dragone.com

Al Habtoor Group LLC, headquartered in the United Arab Emirates (UAE), is one of the region’s largest and most respected conglomerates. Founded in 1970 by Khalaf Ahmad Al Habtoor, the Group has grown in unison with the UAE and today has a diverse portfolio of successful businesses operating in key sectors of the economy (hospitality, automotive, real estate, education and publishing). The AHG has an unwavering commitment to excellence, which is apparent throughout all its units. Further information on the Al Habtoor Group is available on www.habtoor.com