Aprilia Racing and Gulf aim for the top in MotoGP

After two years working together in global motorcycle racing’s upper echelons – in the World Superbike Championship arena - the iconic Gulf brand and Aprilia Racing marque continue to make concerted progress together, making the step up into the pinnacle of motorbike racing, MotoGP, thanks to a new multi-year partnership.

Gulf is one of the world’s great brands, with a strong offer in both fuel retail and in lubricants, boasting a wide product portfolio in all sectors from automotive to industrial.

“The opportunity to move up into MotoGP, as a major partner of Aprilia Racing was a logical next step forward after World Superbikes,” explains Gulf Vice President International, Frank Rutten. “Aprilia is one of the most successful racing marques of all time while Gulf, of course, has a long history of success in motorsport.  Making the move up to Grand Prix racing with a manufacturer that we know matches our ethos of quality, endurance and passion and our desire for progress.”

The entry of Gulf into this challenge is seen as an extremely positive move.

“We are delighted to be forging this new partnership with Gulf,” enthused Aprilia Racing CEO, Massimo Rivola. “It is an iconic brand with an impressive range of products and a great racing history. We look forward to writing the next chapter in this history over the coming years. I am very pleased to have Gulf working with Aprilia Racing in our upcoming MotoGP campaigns and it will be exciting to see these two great brands moving forward together.”

The Piaggio Group – for which Aprilia Racing is the technical flagship – is one of the world’s biggest motorcycle manufacturers, with more than 550,000 motorbikes per year sold across its brands, which also include Vespa, Gilera and Moto Guzzi, as well as Piaggio itself.

Gulf Motorcycle lubricants cover everything from scooters and small capacity motorcycles, to its dedicated range of  Superbike oils. Gulf has long used motorsport as a means to help develop and test new product. This step into MotoGP with Aprilia Racing heralds a further drive towards superior-technology motorcycle product from Gulf, as it seeks to conquer new, emerging markets as well as to strengthen its position in existing markets.

Aprilia is concentrating hard on MotoGP development for 2019, looking to be regularly in the mix at the sharp end of the MotoGP field. To this end, in January, Piaggio brought in former Ferrari Sporting Director, Massimo Rivola to head up Aprilia Racing. With two new crew chiefs and a talented rider line up of Italian, Andrea Iannone, Spaniard Aleix Espargaro and Briton, Bradley Smith, Aprilia is putting more resource than ever before into making strides forward in this intensely competitive series.

The 19 race MotoGP calendar features races across five continents and the 2019 season starts on March 10th in Qatar.

For more information on the Piaggio Group contact Paolo Pezzini, Head of Product and Racing Press Office Marketing and Communication on +39 02 3196121218 or email: paolo.pezzini@piaggio.com

About the Piaggio Group

Established in 1884, the Piaggio Group is Europe’s largest scooter and motorcycle manufacturer and one of the world leaders in its sector. The Piaggio Group product range comprises scooters, motorcycles and mopeds with displacements from 50 to 1,400cc. The Piaggio Group brand portfolio includes some of the most prestigious and historic names in motorcycling: from Gilera (established in 1909), to Moto Guzzi (1921), Derbi (1922) and  Aprilia, which in little more than twenty years has established itself as one of the most successful manufacturer brands in the Grand Prix and Superbike championships. In scooters, the extraordinary Vespa brand has been a byword for individual mobility on two wheels since 1946 and – with more than 18 million scooters sold to date – an incredibly long-lived commercial success and one of the world's most famous icons of Italian style and technology.

Gulf Oil International is part of the Hinduja Group whose core business is manufacturing and marketing an extensive range of performance lubricants and associated products for all market segments from Automotive, through Agriculture and Construction to General Industry. Gulf Oil International also licenses national fuel retail networks around the globe. The Gulf fuel brand is currently present at retail in 28 countries with more than 1500 outlets.

Gulf also has a commercial partnership with leading watch brand, TAG Heuer, as well as a recent ground-breaking tie-up with the Ford Motor Company on the production of the Gulf Heritage Edition Ford GT road car. 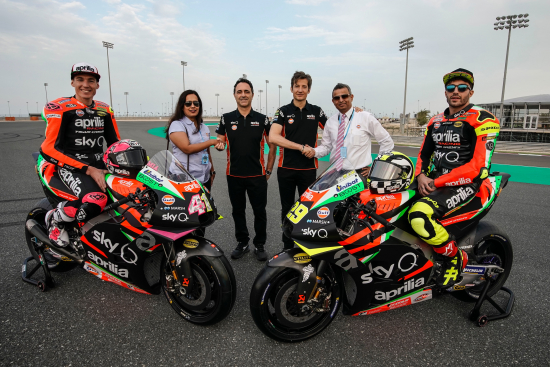 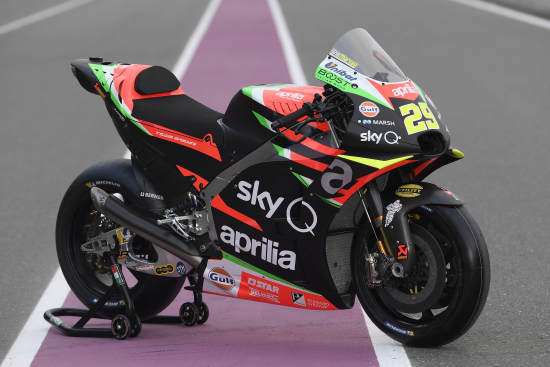