How Finland and the UAE are pursuing happiness?

For the second year in a row, Finland has been awarded the coveted title of being the World’s Happiest Country, outranking neighbouring Nordic countries. So, how has Finland achieved this national sense of wellbeing and is there something the UAE can benchmark from the World’s Happiest Country? The survey, conducted by Gallup, ranks countries based on a three-year rolling average of responses focusing on six factors: GDP per capita; social support; life expectancy; freedom to make life choices; generosity and corruption levels.

The meaning of Finnish happiness is deeper than just pure joy. It is built around trust, stable society, safety, education and functioning in everyday life. All this is made possible by innovations and services. However, this is not driven solely by money instead wellbeing is based on a fair and competitive economy. The entire economic ecosystem has evolved to ensure wealth is built upon the competence of the population, even in the future, and their right to access lifelong learning. Happiness is contentment and conﬁdence in the future.

Government initiatives play a large part in Finland’s sense of happiness. Finnish society has been designed in such a way that people are supported but still feel they have control over their lives. For example, the state-funded public healthcare system provides people access to free medical treatment. In addition to this support, Finns enjoy unrivalled freedom of speech and freedom of the press.

The path to happiness, success and productivity begins early in Finland. Although Finns do not start compulsory education until the age of seven, which is late compared to other western countries, the country is the most literate of all nations. The Finnish workforce is also among the most educated in the world, with 87 per cent of Finns over the age of 25 completing upper secondary education and 42 per cent holding a higher education degree. Finland’s progressive curriculum and approach to education and lifelong learning have helped it become the fifth most innovative country in the world and provides every student with an equal opportunity to succeed in later life.

Discussing how Finland has achieved its happiness goals, Finnish Emeritus Professor of Psychology, Markku Ojanen said, “Finland is a Nordic welfare state built on equality and is considered the safest country in the world. These facts go hand in hand with happiness.” Ojanen, a published author as well as an active lecturer on the topic of happiness, went on to say, “A happy person is dedicated more strongly in his or her work, and thus also more willing to commit to produce great work for the employer. That way, he or she will have enhanced self-worth and feel much better as a result.”

Since the first World Happiness Report, countries worldwide have been striving for a place in the top ten and this year the UAE ranked 21st, up seven places compared to its 2016 ranking. Striving for further improvement, the UAE announced its own ambitious goal to take the title of the world’s happiest country by 2031 and is taking a scientific approach to measuring and encouraging happiness. Under the endorsement of His Highness Sheikh Mohammed bin Rashid Al Maktoum, Vice President and Prime Minister of UAE and Ruler of Dubai, ‘happiness’ falls under the Smart Dubai 2021 initiative. Science, data and technology will be used to discover, change, educate and measure people’s happiness as part of the Happiness Agenda. One of the first strategic ‘smart city’ initiatives was a first-of-its-kind capture engine, The Happiness Meter. Implemented to measure wellbeing it is collecting real-time votes in over 40 government departments with a 95 per cent target by 2021.

In a similar approach to Finland, the UAE is working in conjunction with academia to study happiness to effectively transfer findings into improving the community. Employee wellbeing is a key measure for the UAE’s success and, in January 2019, HSBC’s Expat Explorer survey named the UAE as one of the world’s best places to work due to increased earnings, career progression and quality of life.

To further improve progress, The UAE National Programme for Happiness and Wellbeing launched the comprehensive Guide to Happiness & Wellbeing in the Workplace to educate and encourage public and private businesses to provide

employees with an infrastructure that allows them to be more productive, develop and engage better with internal and external stakeholders.

Despite being oceans apart, Finland and the UAE have a common goal, which is to promote happiness and to foster the conditions necessary for employees to thrive and flourish at work in terms of productivity and engagement.

When highlighting the role of happiness in the business world, Severi Keinälä, Commissioner General of Finland for Expo 2020 Dubai, said “Our national focus on circular economy and entrepreneurial spirit allows businesses to innovate and test their technology and concepts before showcasing them across the world. The 110 partner companies of the Finland pavilion at Expo 2020 Dubai are all able to contribute to the UAE economy in areas such as technology, education, sustainability, happiness and wellbeing, as well as research and development. We are seeing many Finnish companies flourish in the UAE and they are successfully applying the Finnish approach to happiness to thrive within the UAE’s infrastructure. Happiness has a direct impact on the productivity of a team and ultimately the success of the economy. We are proud to be supporting and contributing to the UAE’s vision for happiness.”

Finland is embracing the opportunity to participate in Expo 2020 Dubai, and it will place heavy focus on sharing expertise related to its key strengths: education and know-how, nature and sustainable development, as well as functionality and wellbeing. During Expo 2020 Dubai, visitors to the Finnish pavilion will be taken on a journey to future happiness through the key sectors of Finnish economy to learn how every area of the country is aligned to ensure they are constantly innovating, improving the happiness of its citizens and the success of the economy. 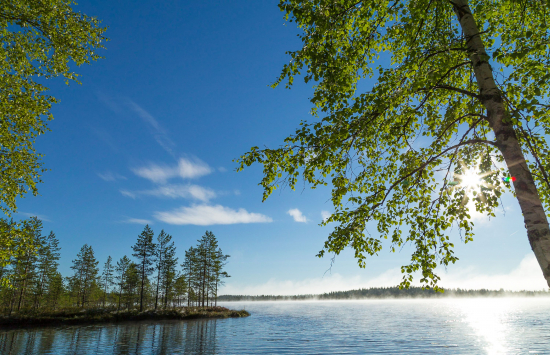 2 Finnish Youngsters at the Beach.jpg 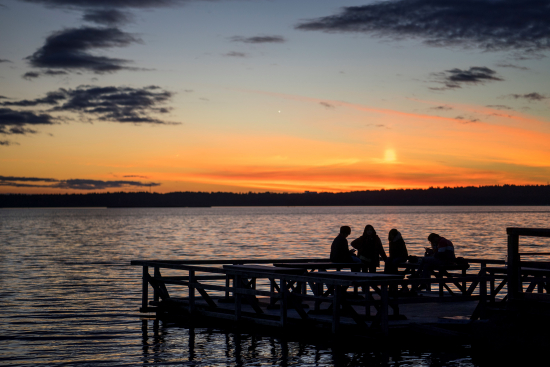 2 Finnish Youngsters at the Beach.jpg

Finland, in collaboration with over 100 Finnish companies, will participate in Expo 2020 Dubai. Finland is one of the leading countries in terms of innovation and technology know-how. The Finnish pavilion presents globally leading clean technologies, a circular economy with sustainable use of resources, sustainable energy and digital solutions, mobile communications, machinery, education, health and wellbeing, travel and Finnish design.